Investigation in a Swiss slaughterhouse

These images are from the slaughterhouse of Moudon in the canton of Vaud, Switzerland, where they were shot during the year 2017.

In this small local slaughterhouse, about fifty animals are killed each week and then supplied to companies like HappyMeat who claim that it is an ethical solution for consumers.

However, behind this facade hides a reality they would rather keep a secret: scared, struggling animals who try to escape, who have a will to live and want to avoid death.

Even though the Swiss legislation on animal welfare is respected, the killing of individuals who have a will to live is unjustifiable. There is no ethical murder.

Behind the walls, untold suffering... 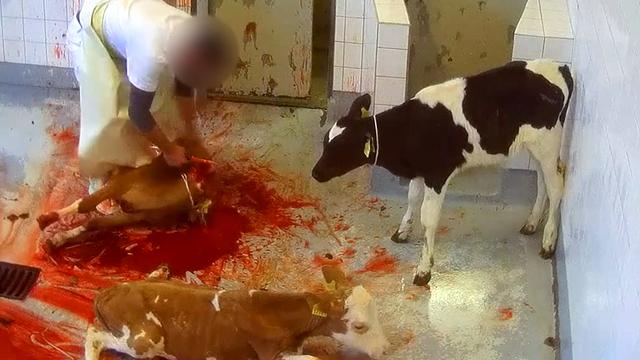 Animals are killed in front of each other. 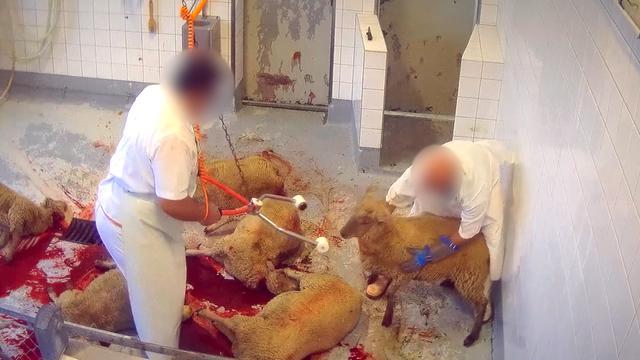 Some animals try to escape before being caught. 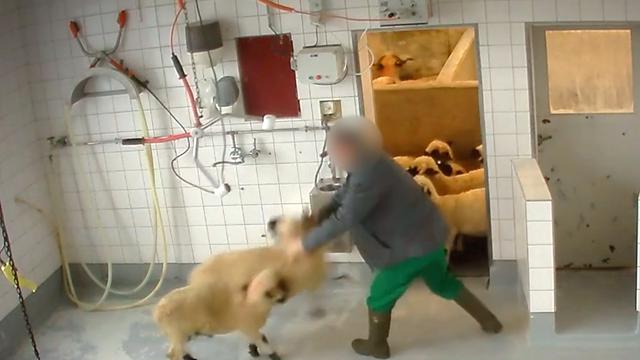 A farmer throws a sheep who refuses to move forward. 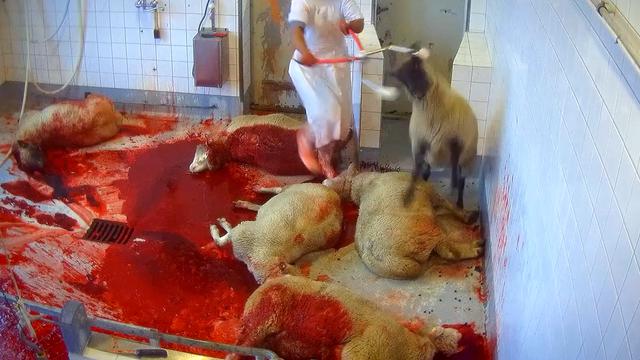 The clamp for the electrocution of the animals is subject to constant malfunctions. 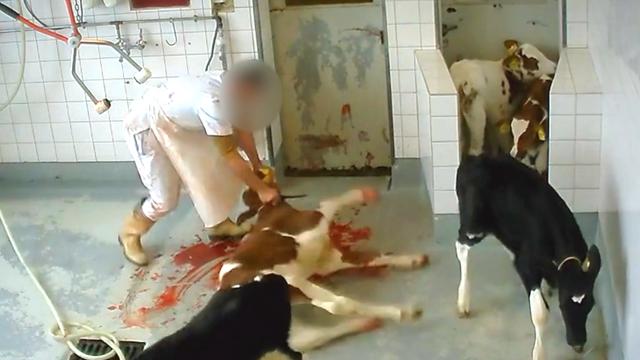 This calf is still conscious while being killed. 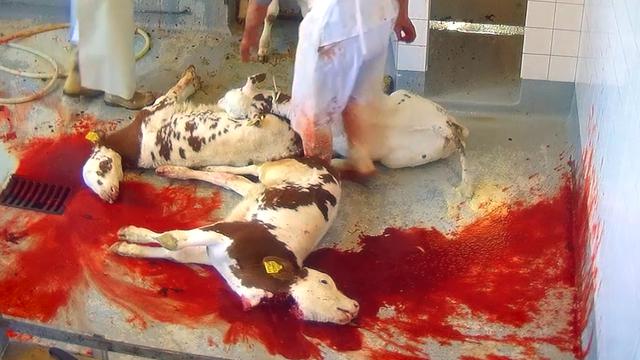 Each animal was an individual who wanted to live.

Why is this possible?

How can we justify being shocked at the sight of these images when everything is done in full respect of the law? The reason is simple: we kill animals against their will and this can only be done with violence, by fighting back when they resist.

But when confronted to stunning boxes, cattle prods, electrical tongs, metal bars and captive bolt pistols, how could any animal escape? It is profoundly hypocritical to pretend that there is a "humane way" of killing animals who fight for their lives.

Slaughterhouses make up a violent and, by definition, murderous institution. They are the highest expression of the law of the strongest, which our society claims to have overcome.

The animals need our help. Let's shut down the slaughterhouses!

In modern societies, our relation to animals is based on speciesism. As an analogy with racism and sexism, speciesism is an ideology according to which the life and the interests of animals can be overlooked for the only reason that they belong to a different species.

The only explanation for our acceptance of these killings is the fact that we consider animals as disposable objects, with which we can do whatever we please.

However, as scientific studies have shown, animals could not be further from objects; they experience complex subjective lives, have preferences, desires, and each has their own personality.

Speciesism is indefensible, because human beings are not the only ones capable of emotions. Therefore, we need to respect the lives and interests of the other sentient beings with whom we share this planet.

An isolated case? Check out our other investigations 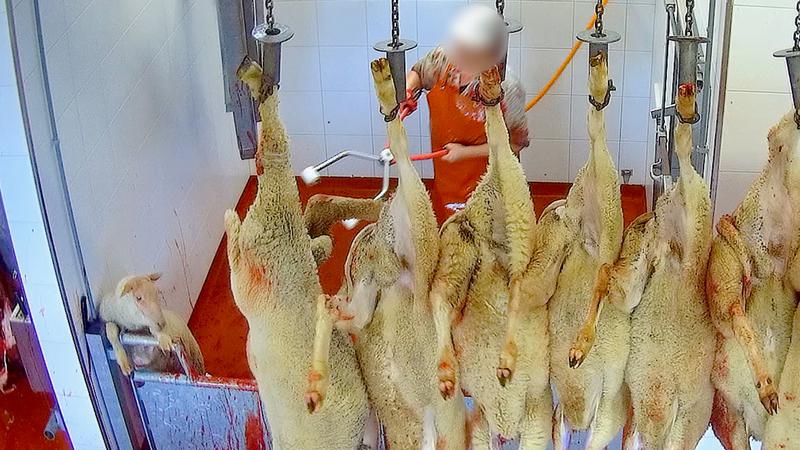 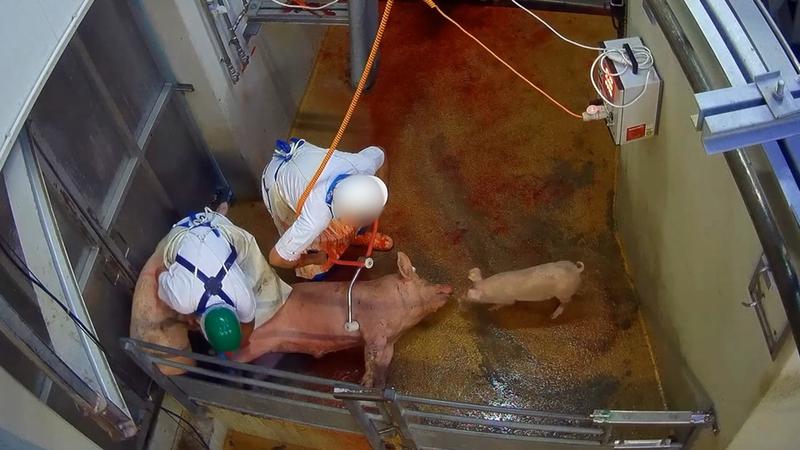 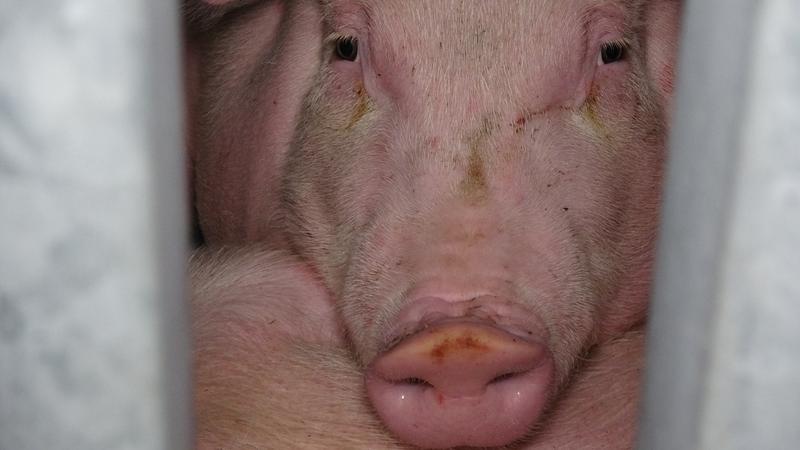 Switzerland prides itself on its legislation on animal protection, which is one of the toughest in the world. However, the distress experienced by those animals in our slaughterhouses is undeniable. Every year, approximately 65 million animals are killed in Swiss slaughterhouses, even though we know now that eating meat is not a necessity.

The only reason why this is possible is that we live in a deeply specist society, which neglects the life and ignores the suffering of animals only because they belong to a different species.

The exploitation and speciesism that the animals suffer from are a problem of our society, and it should worry us all.  This ethical issue as well as the suffering of animals are the subject of increasing worry among our population and it is time for the political sphere to grasp the measure of the injustice endured by the animals and to act on this concern.

We are asking all political parties of Switzerland to take into account the life and suffering of animals and to commit to:

The way we treat animals is not a minor issue; it is an ethical and political issue, which is becoming increasingly important. It is a problem of our society, and the time has come to take it seriously.

Together for the animals

The association PEA - Pour l'Égalité Animale (for animal equality) aims to end speciesism and bring about an egalitarian society for all animals. It is urgent to end the unjustifiable exploitation of animals and to start respecting the life of every sentient being, whether they are human or not.

Our success depends entirely on the work of volunteers and is only possible thanks to the generosity of our supporters.

Support us or militate by our side by becoming a member of the association.